I’m quite late in posting the March box now but unfortunately that is due to the fact that, after frankly abismal service from Geek Gear, it only arrived on Friday (6th April)! I have been unimpressed with Geek Gear for some time now but the troubles with this March box have been the icing on the cake and I have now actually cancelled my subscription with them. I will still be getting the April box as my subscription renewed before this box arrived, but that will be my last box. The products have not been up to standard for a while. They had started to slightly improve but unfortunately I have been so disgusted by the lack of customer service from Geek Gear that I decided I no longer want to give them any more of my money! 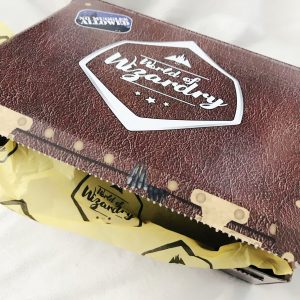 It seems to have been the Hufflepuff boxes that were delayed so if you are Hufflepuff too and still waiting for your box, hopefully it will arrive very soon. So whilst most of you have probably seen the content of the boxes now due to the majority of people receiving them over a week ago, the Hufflepuff variants of the House items may be new for you to see.

The first item I found in the box was the t-shirt. It’s a nice design with one of my favourite characters on it but I have to say I have been getting very bored of all the dark coloured t-shirts they have been doing (and one of the other reasons I had been thinking of cancelling my subscription) It would have been nice to have something a little brighter for a change. Not everything in the Wizarding World needs to be dark 🙄

Next up are the House themed items which include a pair of House tie socks, a set of three pins, and a wax stamp set. All the items are “ok”. They are in Hufflepuff colours but really they could just be generic yellow school house items; they don’t scream Harry Potter to me. The only one that does is the wax stamp kit because of the logo/crest, and it is an item I will enjoy using but in the box leaflet, it puts the retail price of it at £7.99 which I think is very ambitious for the quality of it. 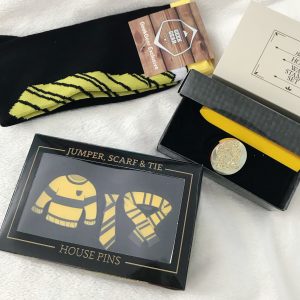 Next up is the print from this month which is probably my favourite item in the box. It’s a Fawkes print and the art is very nice, and I always like things to do with the magical creatures. 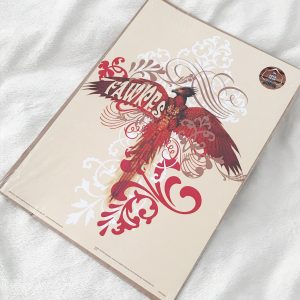 There are also three more recipes to add to the recipe folder, which do all look quite nice and I hope to make them at some point. The recipes are Fever Fudge,  Butterscotch Fudge, and Magical Butter Cookies which also comes with three cookie cutters shaped like an owl, golden snitch and sorting hat. 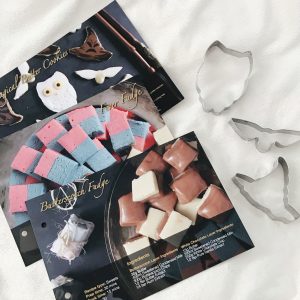 Next up is a wand. They had said there would be a wand in this box so I was quite excited about that as the the one I had had in a previous box was really nice. The wand this time is Ron’s broken wand. I like the idea of it, but the quality of this wand doesn’t feel as good. Maybe they intended that as it’s meant to be his broken/repaired wand, but yeah, it just doesn’t feel as good quality as the wand I received in a previous box (it’s quite plasticky). I really liked the packaging for it though with the nice tissue paper, and the note from Mrs Weasley on the box (however, it might have been nicer if the label was a real label rather than printed onto the box).

Finally, we have this Weasley & Weasley multi-colour pen. I do really like this pen but it is on sale in quite a few supermarkets and things at the moment so it just didn’t feel special enough to be a sub box item. I liked to get the sub boxes for the Exclusive and different items that should be in them so to get something that you can easily buy in a high street store (probably for less than the price they say it is in the leaflet too), was just a bit disappointing. 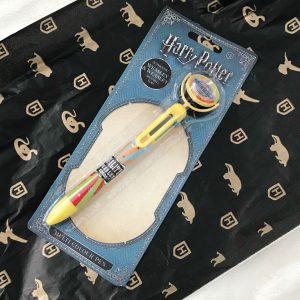 So as I said at the beginning of my post, I was quite disappointed by this month’s box. There were some ok items but none that I was particularly wowed by. They mostly felt a bit “samey” and some things, a bit lazy really. I was also incredibly unimpressed with the customer service from a Geek Gear regarding this box and the delay etc. and so I did decide to cancel my subscription. I will be getting the April box as my subscription renewed before this one arrived for me to decide, but that will be my last one. Now these are just my own opinions and you guys may love this box which is totally fine! I just decided that the products just aren’t living up to my own personal expectations anymore and combined with their poor customer service I have received lately, I just felt I’d rather keep my money for myself and buy items I really want instead.

This site uses Akismet to reduce spam. Learn how your comment data is processed. 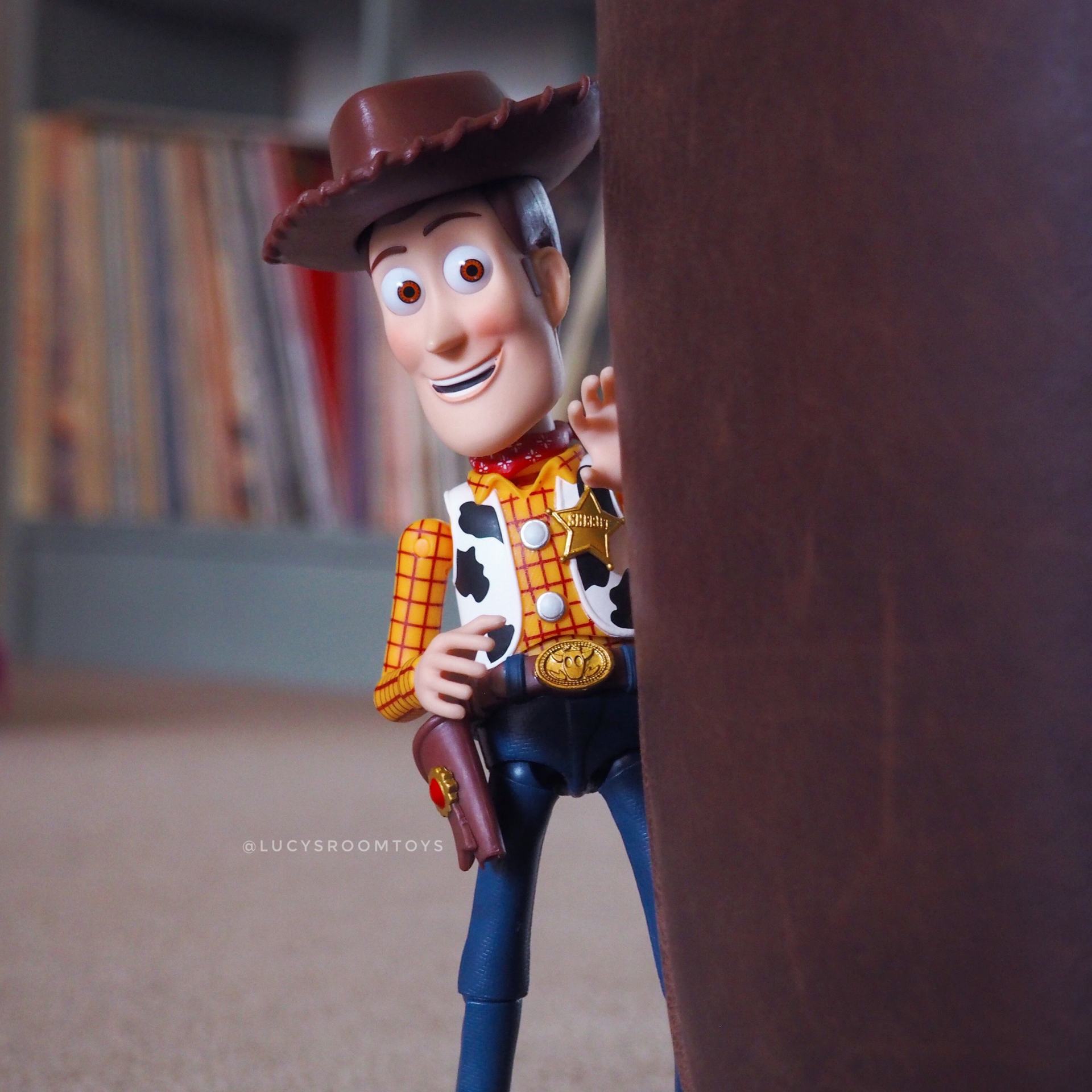